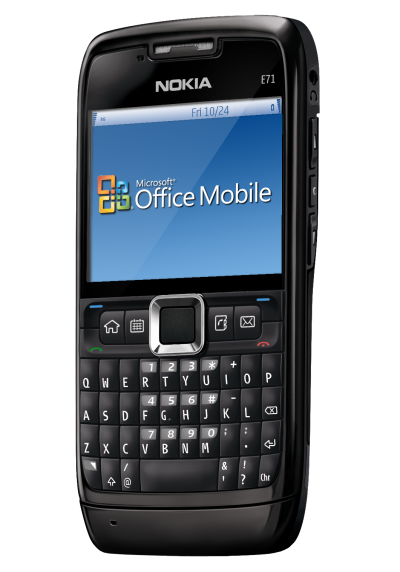 Microsoft and Nokia have announced a partnership whereby Nokia mobile phones will ship with office productivity software from Microsoft. This is the first time Microsoft has made their office productivity software available on another mobile platform. Read the press release here, watch the 3 minute video detailing this announcement below, or enjoy my live blog of the conference call where this announcement was given after the jump.

In less than 30 minutes, Nokia and Microsoft are going to hold a press conference to discuss something. People think it may be related to Office 2010, others say it’s related to Nokia’s Ovi services. Whatever it is, if you don’t want to read my salty language, cynical comments and crude jokes, feel free to dial into the meeting yourself: +1 866 528 0750 or attend the Live Meeting on your PC.

All times below are in the Helsinki, Finland time zone.

17:44: First time I’ve attended a press conference via Live Meeting. I used to use this at Nokia a lot during my team meetings. Personally, I much prefer this to a voice call. There are 20 attendants in the call so far. If you want to join, click here.

17:47: The first slide (below) of this PowerPoint is ultra boring, and it has the word productivity in it, so it probably has something to do with Office. 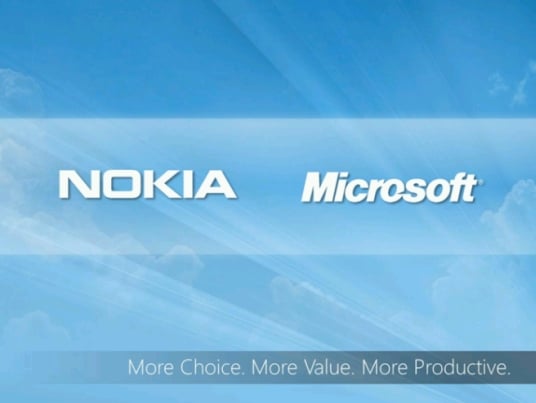 17:50: The audio is a bitch choppy. Forgot I had Bit Torrent on. Looks like I’ll have to finish downloading “Charlee’s Gloryhole Adventures” another day. Call starts in 10 minutes.

17:55: Keep your eyes on Nokia’s press site. They usually publish the press release right when conferences begin. Up to 72 people in the meeting room right now.

17:59: Friendly American sounding female operator told us “people are still joining the call, we’re going to begin in 5 minutes.” Up to 136 people in the Live Meeting now.

18:03: We still haven’t started yet. This music is starting to get on my nerves. Up to 171 people in the Live Meeting.

18:04: Microsoft just launched this press release, thereby making the next hour of my life a complete waste of time, but I do this for you people. I love you! Hat tip to Steve for tweeting this.

18:05: OH NO YOU DIDN’T JUST DO THAT! Nice little American operator lady just said “we’re going to begin in 2 minutes.” That’s 2 more minutes of this new age jazz bullshit that I have to sit through. Up to 191 people on the call.

18:06: Why oh why is this stupid broad spelling out the speakers names? She also can’t say Kai’s last name. Literally took about 2 seconds to pause, think, and then slaughter her first attempt at Finnish.

18:10: Stephen is up first: “Microsoft and Nokia are creating a global alliance to create office software and services.”

18:11: Stephen is still speaking, he is literally reading the press release the company just put out. Ranting about Office Communicator Mobile being bundled with Nokia devices in 2010.

18:12: Kai just confirmed that whatever awesome shit this marriage is going to create, will be available on Eseries devices first, and then the other smartphones Nokia makes later. Castrating your device’s software experience to create an artificial difference between product lines for the fucking lose. 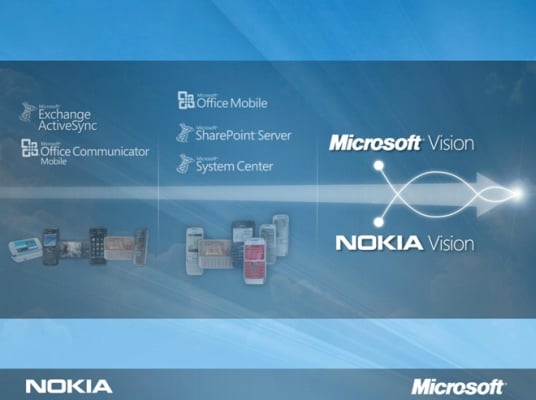 18:14: Stephen is pimping Windows Mobile during a call that Nokia is on. Guy has balls the size of mangos.

18:18: Regurgitating of press releases done! Q&A begins: Question 1: Are you doing this to compete with Apple?

18:19: Kai: “Whoever said that, fuck you, we’re competing with RIM with this announcement, not Apple. You’ll see our iPhone killer at Nokia World.”

18:21: Stephen: “Good question, I’m going to dodge this by saying that if you don’t have Exchange where you work, go ahead and buy that shit from us. You know you want it, it rocks!”

18:22: Question 3: Will putting Microsoft Office on your mobile phones increase your bill of materials? Also, which smartphones are you planning to do this with initially?

18:23: Stephen: “I’m not going to answer this question, but instead tell you what you can do with Office on your mobile phone.”

18:23: Kai: “Our phones are fast enough, we don’t need to add more memory or processing power to run Office. Ignore how slow Office is on your desktop.”

18:25: Question 5: Are you going to make a Windows Mobile device in the future?

18:27: Question 6: Hi, I’m from the Financial Times, I’m from an awesome publication that publishes bullshit rumors about Symbian dying. My question: How low are you going to go in your portfolio with Microsoft products?

18:27: I’ve literally just lost audio, so did everyone else. Fantastic job Microsoft, your software is buggy, your same software that you want to put on Nokia devices.

18:30: Kai: “Hmmm, we lost connection, we’re back now. Regarding your question, we’re going to put Microsoft software on a wide range of Symbian devices.”

18:33: Tweet from Rafe Blandford from All About Symbian: “Microsoft guy on conference (following a gap in audio). ‘We should be doing this on Nokia phones’. The Windows Mobile team will love that.”

18:35: Kai: “By making our shit better, operators can sell our stuff better. Operators don’t really do anything, you know that right? They hire infrastructure guys to build infrastructure, they buy our phones, remove some features, and then sell them to consumers while they wait for the money to roll in. Month after month, after month.”

A few weeks ago, OLED-info.com reported that Nokia are using two OLED panel suppliers - Samsung and TPO. The latest...