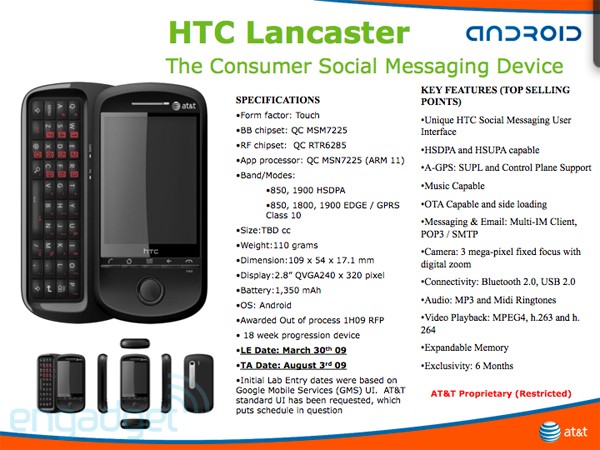 The HTC Lancaster that had made an appearance in a leaked AT&T roadmap awhile back has apparently been put on hold. By the preliminary looks of things, we won’t be missing much (QVGA screen, 3 megapixel, fixed-focus camera, aGPS, 3G), but it would have been nice for AT&T to get moving on Android devices. I wonder if HTC has axed the phone entirely, or if it’s just not going to make it to AT&T… The form factor is slick, borrowing the Magic (myTouch 3G) roundness and improving on the G1’s keyboard. In any case, the date on the calendar has come and gone, so it’s probably safe to do your mourning now.

We had heard point blank from RIM's Mike Kirkup back in February that Flash would find its way to BlackBerry...