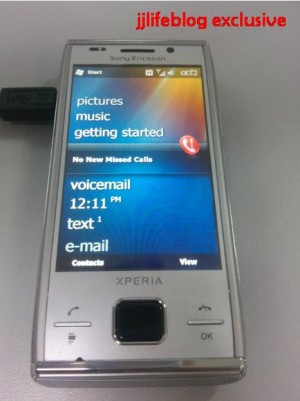 It’s been a long time (at least in the mobile world) since the Sony Ericsson XPERIA X1, the company’s flagship smartphone, was launched. And, we’ve been hearing about the X1’s successor, the aptly named Sony Ericsson XPERIA X2, for quite some time. Today, we’re hearing that Sony Ericsson might just be preparing to announce the anticipated XPERIA X2 at some sort of press event that has yet to be announced.

SEMCblog has confirmation that Sony Ericsson will be announcing something next week. The XPERIA X2 (codename: Vulcan) is at the top of the list of possible launch candidates. If true, we could very well see the X2 being unveiled as the new Windows Mobile 6.5 Professional smartphone with an 8.1-megapixel camera (with autofocus), touchscreen, slide-out QWERTY keyboard and some hefty on-board memory stores.

Of course, rumors are rumors, so don’t hold your breath.