Get a spoon ready, because I’m about to serve you a hot bowl of abbreviated industry jargon. We all want better mobile phone service. Doesn’t matter if you’re from America, Britain, Europe or Asia, you want to have signal everywhere you go and you want to be able to browse the web without having to wait 60 second for a site to come up. Today, over 80% of mobile handsets in use are powered by the GSM (Global System for Mobile (Communications)) standard. GSM networks are called 2G networks because they’re the digital evolution of the old analog system. A while back, at the turn of the century, UMTS (Universal Mobile Telecommunications System) was rolled out enhance GSM by giving people better access to the internet, along with adding the ability to do both voice and data at the same time. UMTS is known as 3G all over the world. More recently, HSPA (High Speed Packet Access) hit the scene, and that too is yet another evolution of the GSM standard, and it has enabled faster access to the internet both in terms of speed of transmission and latency. The world calls it 3.5G, while America still calls it 3G. In the next couple of years a new standard is coming to town called LTE (Long Term Evolution) and there is no question about it, this is definitely a 4G network technology.

LTE is radically different from previous technology since it is all IP based. Current networks are still circuit switched. WTF does that mean? When I call you, a little box that the operator owns has to physically make a connection between you and I for our conversation to take place. The operator is literally making an electrical circuit where sparks fly, just so I can tell you about how shit faced I plan on being over the weekend. With LTE, everything switches to IP, and while all that bandwidth is nice, there are no standards setup yet for voice and SMS. 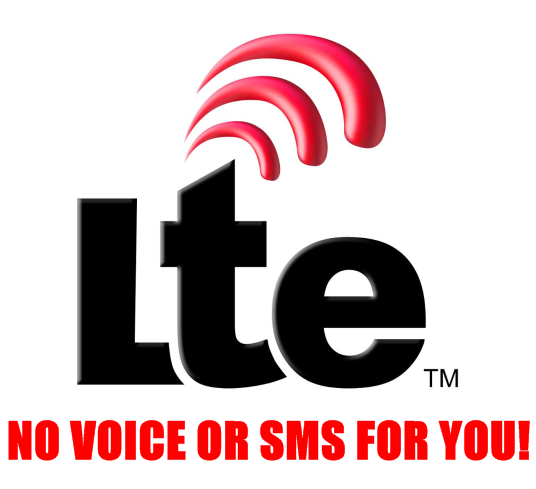 I keep on telling people this, and they don’t get it, so let me repeat myself: LTE does not support voice and SMS. There are no industry agreed upon standards for voice and SMS over LTE.

Several proposals have been brought up to bring voice and SMS to LTE:

Your connection does not degrade when receiving/sending a text.

Martin Sauter, my main man when it comes to breaking down mobile telecommunications infrastructure into digestibale pieces of easy to understand content, has written a white paper arguing why VoLGA is what the industry should use. I’ve given it a read, and I think you should too if you’re the type of person who is actually interested in understanding how mobile networks work.

It’s only 13 pages, the last 3 being a glossary: PDF document

Here is hoping operators make the right choice. I want my fast downloads, but at the same time I want to keep on texting my mates.

The analysts over at In-Stat are predicting that by 2014 there will be roughly a quarter of a million cell...