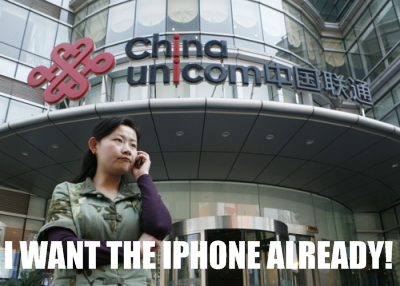 Oddly enough, yesterday I posted a tweet saying that “I refuse to write about Apple and China Unicom anymore until I see an official press release on either of their websites”. And what do you know, today I wake up with a press release in my inbox from China Unicom that says “on 28 August, the Company and Apple reached a three-year agreement for the Company to sell iPhone in China. The initial launch is expected to be in the fourth calendar quarter of 2009”. The details of the agreement have not yet been released. We don’t know how many iPhones China Unicom will get, whether or not it will be the iPhone 3G or 3GS or some new modified iPhone that lacks WiFi, all we do know is China Unicom has over 140 million customers. That’s a lot of people who may want to upgrade to the Jesus phone.

Remember the Comics iPhone app we covered few weeks ago? Well, it's been updated with 50 new issues bringing the...