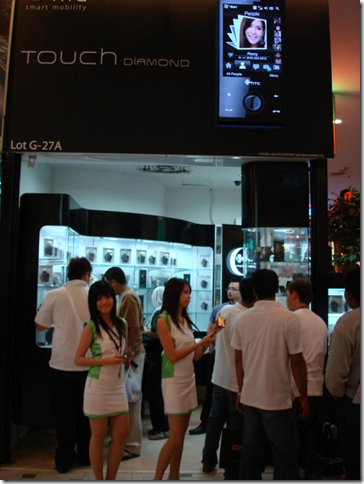 HTC’s making another push into the retail space with the opening of its newest HTC Concept Store. The new store in Quezon City, Philippines follows in the steps of HTC’s Customer Service Center in Malaysia, which opened last year. The stores serve as retail locations, warranty repair centers and product demos to HTC fans lucky enough to live nearby.

“Currently we see a growth in the consumer segment and in order for us to enhance our reach to our end users, it’s vital for us to roll out in the retail market as well,” said HTC Country Manager Mark Dewey Sergio. The new HTC Concept Store in Quezon City offers repairs on HTC hardware, with 2-day turn-around guarantees for most repairs. Customers will even be given a loaner phone during the repair process. The store also offers demonstrations of the TouchFLO 3D UI on large touchscreen displays.

From the look and sound of it, it’s all very Apple-esque. But, then again, that might be a good thing.

My whole life, people have come to me asking how to fix a certain computer problem or a particular gadget-related...