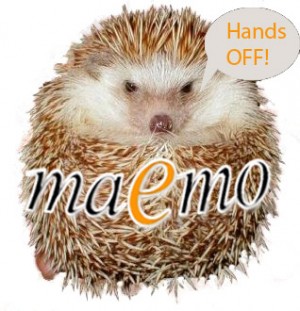 Nokia’s just announced Nokia N900 has been getting some pretty solid reviews as of late. It’s single most intriguing feature is the Linux-based Maemo OS. With its touch-optimized user interface, Maemo OS promises to finally bring a powerful yet fun mobile platform to high-end Nokia smartphones. And, to keep the user experience as “cool” as possible, Nokia says that they will not allow carriers to customize the Maemo OS with carrier-branded apps and services.

Reuters reports that Nokia’s Symbian-based offerings have not fared well in the face of the iPhone OS and the Android OS – both of which offer compelling user experiences, finger-friendly interfaces and powerful features. Nokia allows carriers to do with their S40 and S60 devices whatever they wish. But, as Nokia’s David Rivas, vice president for devices R&D, puts it, Nokia is looking to throw Maemo into the same “game” that Apple and Google have playing. The name of the game is apparently “less customization, cooler user experience.”

It remains to be seen if Nokia can push the N900 to the same sales highs as the Nokia N95 or N97 without a carrier-customized operating system. Maemo will be reserved for the highest-end of Nokia’s product lineup, so there’s no doubt that determined consumers will be picking up the N900 unlocked and ready to play. Will carriers be willing to subsidize the N900 and its locked-down Maemo OS?

Location-tracking mobile services are wacky cool or ominously scary, depending on how you look at it. There are numerous location-based...