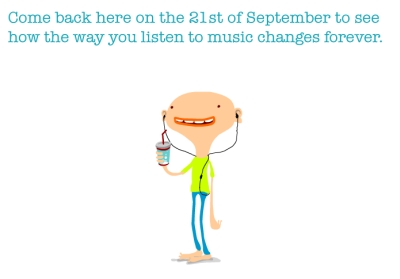 Sony Ericsson has something big coming to market on September 21st. Just yesterday, Stefan mentioned that Sony Ericsson was preparing to “change the way you listen to music forever.” He speculated that the announcement would involve a new phone and an innovative new headset. Turns out, at least according to whispers and rumors, he may have been fairly accurate. Word has Sony Ericsson preparing a new headset that automatically starts playing music when you put them on.

Right, so we’re not sure if an auto-playing headset is anything that will change the way we do anything, but there’s something to be said for keeping a positive outlook.

We’ll see what the Japanese-Swedish phone maker has in store for us next week!

We had seen a brief (but official) glimpse of the Samsung Instinct HD for Sprint, and vague promises of it...