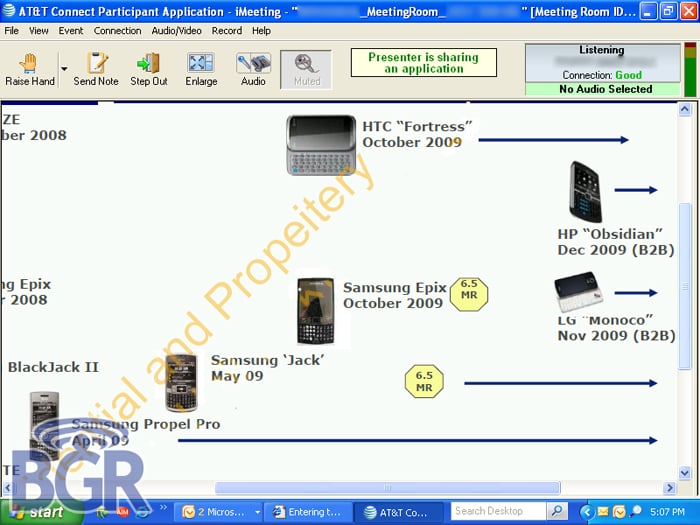 You might recall seeing the pico-projecting LG Monaco popping up on an extensive AT&T roadmap back in the Spring, featuring a landscape QWERTY keypad, a 5 megapixel camera and a 3.2″ WVGA touchscreen. Well, a leaked roadmap has revealed a more precise release date (November), along with a few other Windows Mobile smartphones coming to AT&T. HP’s iPAQ K3 Obsidian, first seen live in July, will be launching shortly after the Monoco in December with a modest 2.8″ QVGA, 3.2 megapixel camera, GPS, Wi-Fi, and 528 Mhz processor. The HTC Fortress (a.k.a. Touch Pro2, Tilt 2) gets added confirmation to what we’ve already seen regarding a mid-October launch, and both the Samsung Jack and Epix will be due for a 6.5 update after the Tilt 2 is out. Good news all around for Windows Mobile fans!