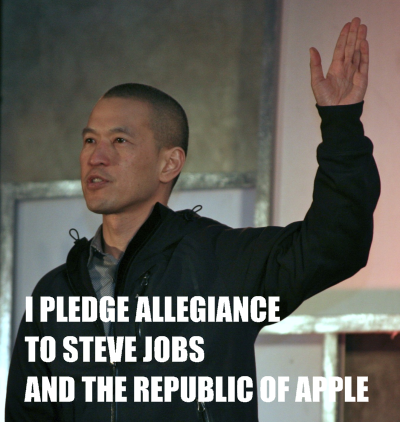 The Apple Newton, for those of you who can’t remember the 90s thanks to popping too many extasy tablets at raves, was a PDA (personal digital assistant) operating system developed by Apple while Steve Jobs was busy working at NeXT; read more about the Newton platform on Wikipedia, and the devices that ran them known as MessagePads. Newton never took off, but there are people out there today who swear that it is the best mobile operating system ever created. Michael Tchao, one of the original developers of Newton, was rehired by Apple yesterday after 15 years away from the company, and his new title is Vice President of Product Marketing. He will be reporting directly to Phil Schiller, Senior Vice President of Worldwide Product Marketing. Does this confirm that Apple is working on a tablet? I honestly don’t think so, but I do suspect Apple is going to transform the iPhone OS into something we are not going to recognize. What exactly was Michael Tchao working on while he was away from Apple? He worked with Nike to create accessories that integrate with the iPod. I think it’s safe to say he is an Apple fan.

Good luck Michael, we can’t wait to see what you do!

Following on a UK leak that revealed the TomTom iPhone Car Kit's pricing at €99.99, TomTom has nipped US pricing...