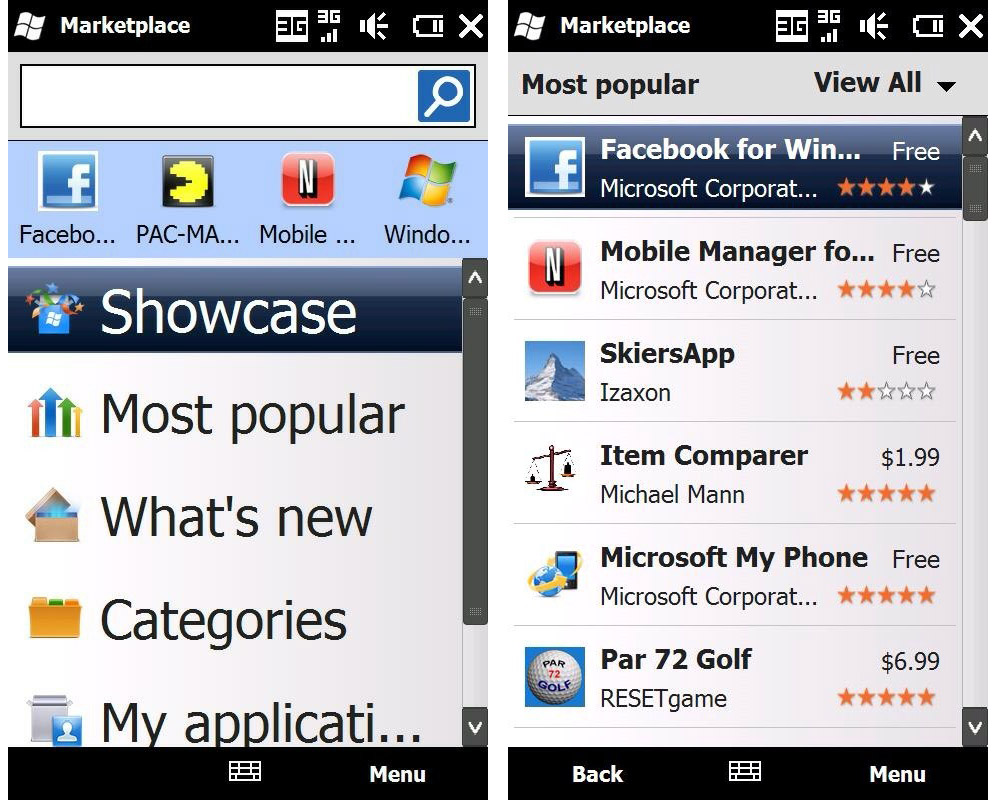 Itching to take Microsoft’s Marketplace for a spin? While the rest of the world will have to wait for Windows Mobile 6.5 to officially launch tomorrow, Oct. 6th, Americans can get an early peek at the Windows Marketplace for Mobile. If you’ve got the wherewithal to pull the trigger on the AT&T HTC PURE, which was quietly launched late last night as AT&T’s version of the HTC Touch Diamond2, you’ll have early access to the Marketplace.

I’ve got an AT&T PURE of my own, and I can confirm that the new Windows Marketplace is ready to rock. It’s already filled with free WinMo apps like Facebook, Netflix, AP Mobile and WeatherBug. Microsoft wanted to make sure that the Marketplace was populated with enough Windows Mobile apps to compete with (ahem) other app stores, and they’ve done a bang-up job. Interestingly, one of Windows Mobile 6.5’s key features, the MyPhone backup service, is available as a download through the Marketplace.

AT&T is going big with Windows Mobile 6.5. Following on the carrier's launch of the AT&T PURE and AT&T Tilt...