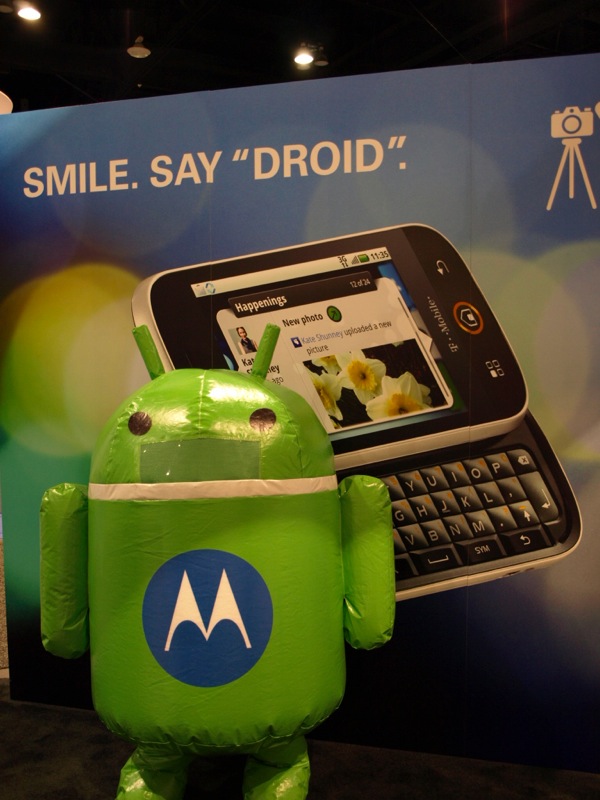 Here’s a look at Motorola’s CTIA WITE 2009 booth from the San Diego Convention Center showfloor. Sure, it’s a little late, but better than never.

Motorola’s booth was dominated by Android. As you can see from the photos, the booth was all about Android and the new Motorola CLIQ. Android is at the center of Motorola’s plan to regain lost mobile market share, so it wasn’t surprising to see Motorola’s booth decked out in little green robots. There was even a “little person” walking around, playing DDR and posing for photos in an Android costume.

Will any of that matter to the consumer? Not if they don’t get to see it. To that end, enjoy the photo gallery!

The Motorola MOTOBLUR service/UI is about to give HTC G1 fans a taste what Motorola is cooking up for their...