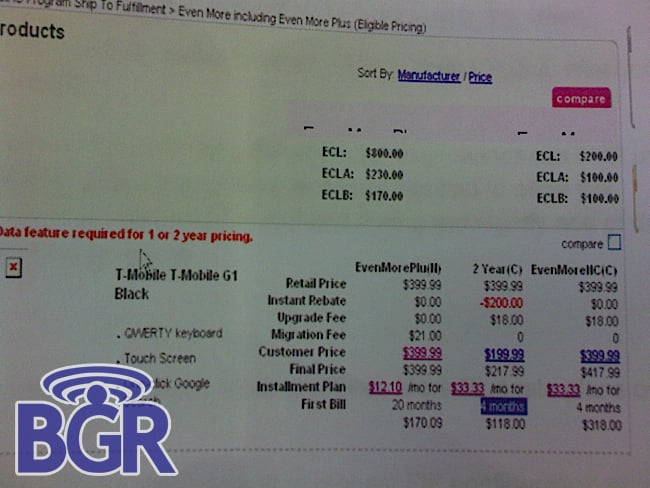 After getting named Even More and Even More Plus last week, we were left speculating about Project Dark and what exactly T-Mobile was alluding to when they said customers could get “the handset you crave”.  As it turns out, T-Mobile will be offering hardware financing so you can pay off the phone itself in monthly increments rather than getting hit with that initial extra charge. The Plus plan doesn’t require an annual contract, while straight-up Even More will need you to sign up for two years (but you get the added bonus of handset subsidies). The plan itself simply requires you to figure out what you want in terms of voice, texts and data, including unlimited options. This is a promising idea on T-Mobile’s part – getting people hooked on data services on devices they couldn’t normally afford (like the upcoming BlackBerry Bold 9700 and HTC HD2) works out in both carrier and customer’s favour. What do you guys think, is hardware financing enough to get you to switch service providers?