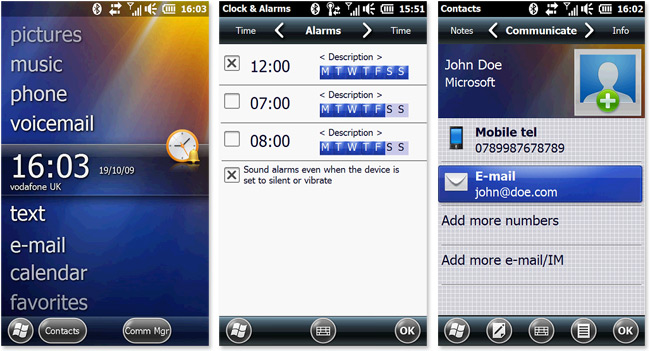 The screenshots show the “Start” button has moved from the top row of the screen (the task bar) to the bottom of the screen. The task bar is now dedicated to displaying tasks, notifications and settings – all accessible with a tap of the finger.

For those of you paying attention, the new button layout meshes nicely with the new Internet Explorer Mobile’s interface (which we briefly show in this hands-on video), which lines the bottom of the display with navigation buttons. The buttons also get a refresh with a more modern look and a bump in size for easier finger input.

Whatever the case, Windows Mobile 6.5 shouldn’t have launched until it was really ready to launch.

Google releasing their own Android smartphone … what are you, retarded?

Simple men who have important things to worry about, such as their 9 to 5 job, their children, and whether...