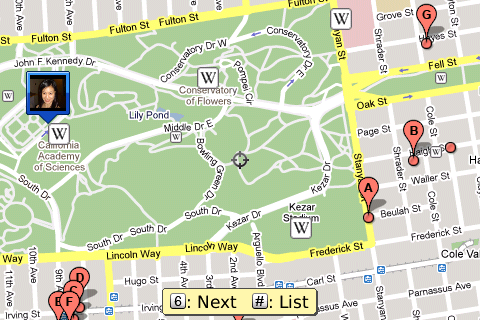 The new Layers feature, which first broke cover with Windows Mobile and S60 support, gives users the option to add (and remove) data layers like Wikipedia entries, transit data, My Maps locations and your friends’ Latitudes information from a Google Map. It’s an especially useful feature for exploring a new city or finding your way around town.

Get the update by pointing your BlackBerry browser to m.google.com/maps.

Anyone that regularly reads IntoMobile will know that I think the Groovemaker range of Apps are awesome (here and here)...