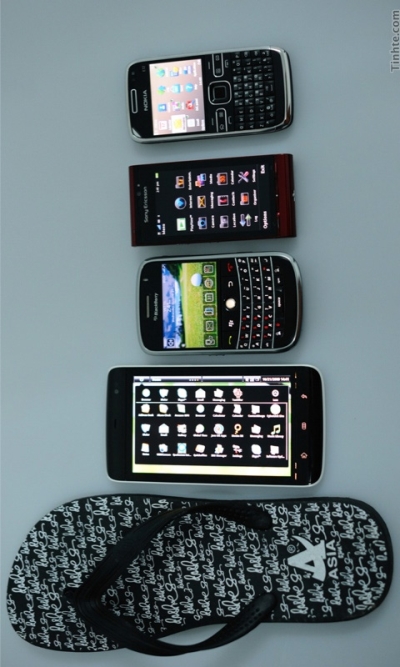 Today Dell announced a new partnership with MC Hammer whereby the two famous household brands are going to launch a new mobile device along with a pair of pants with pockets large enough to carry said new Android 2.0 powered device. The “Streak”, as Engadget are calling it, packs a massive 5 inch capacitive screen with a resolution of 800 x 480. Along with WiFi and Bluetooth, the Streak supports 3G, which technically classifies this device as a smartphone. It has a 5 megapixel camera with dual LED flash, 1300 mAh battery, microSD slot, front facing camera for video calls, and beyond that we can’t tell you more. When will it ship, how much will it cost, these are questions we want the answers to as well. Check out how large this thing is compared to a flip flop, and watch the video below:

In the mean time, don’t forget that Dell does have some common sense and are planning a smaller Android based smartphone for the international market. They have already confirmed that the USA will get something in Q1 2010 and already have a device in the Chinese market.

[More photos of the Dell Streak are available on Slash Gear]

Provider of traffic and navigation services is "going Android" with a free application called INRIX TRAFFIC! providing drivers with the...