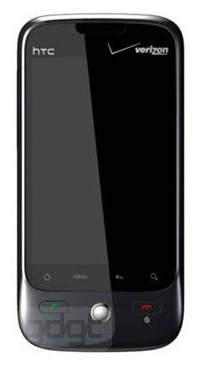 By now, you’ve probably heard of the Motorola Droid and how it’s going to rock Verizon’s socks with all kinds of Android goodness. Turns out, though, the “Droid” brand might represent more than just a model name for the Motorola Sholes/Tao. Word has it that Verizon will stamp their entire Android lineup with the “Droid” brand. The Verizon Motorola Droid will be the first in what Verizon wants to be a long line of high-powered Android phones. The second Verizon Droid? Well, we’re hearing that the HTC Desire will launch as the Verizon Droid Eris.

So, the Motorola Droid might kick off the attack as the “Droid.” And, according to Engadget Mobile, the HTC Desire will go live as the Droid Eris on November 8. The launch of the Eris (Greek mythology’s goddess of strife) should follow hot on the heels of the Droid (Sholes), which is expected to be unveiled on October 28.

The Motorola Sholes and HTC Desire are shaping up to be a pair of seriously cool Android phones. Watch out, it’s the attack of the Droids!