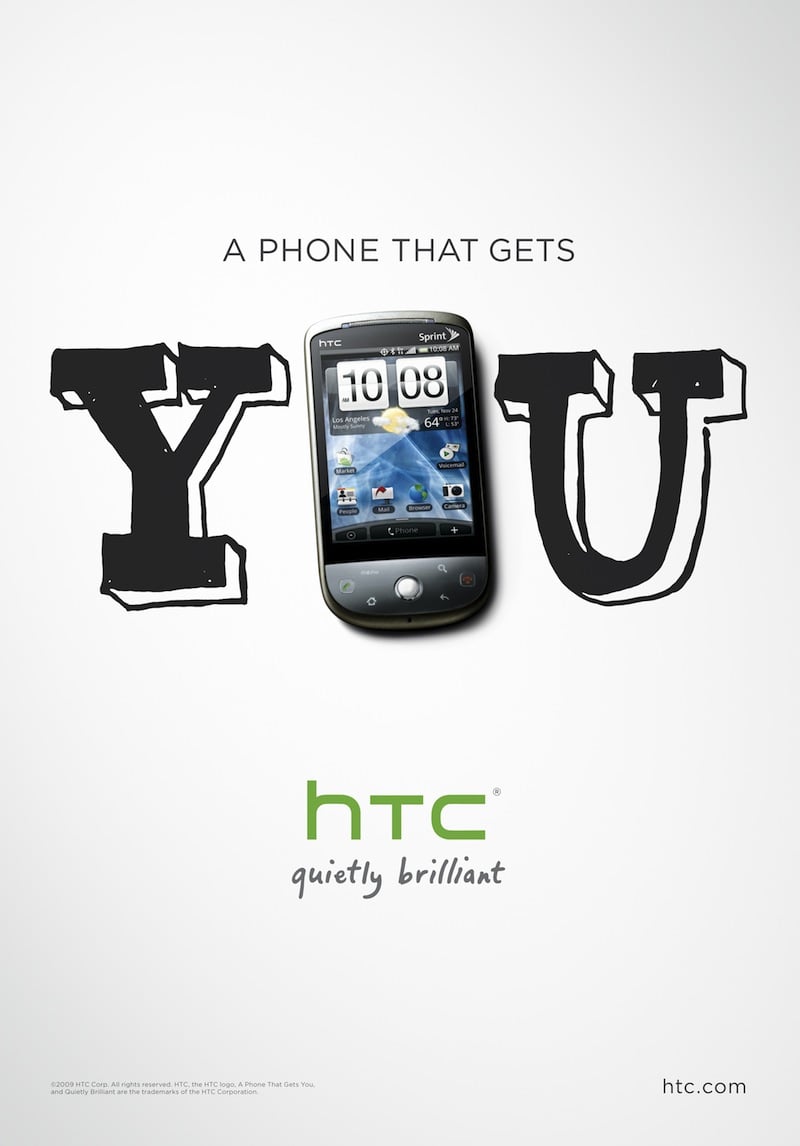 Over the past few years, we’ve seen HTC outgrow their britches. Once a small(ish) Taiwanese smartphone ODM, High Tech Computer Corp. has become grown to become something of a household name in certain (geeky) circles – the third largest smartphone maker in North America. With many of the coolest smartphones on Planet Earth bearing the HTC brand, HTC is launching a new marketing campaign to make sure everyone knows the company behind the hardware. They recently changed their slogan to “quietly brilliant,” but there’s nothing quiet about this upcoming advertising blitz.

HTC will kick things off by splashing their hottest wares on billboards, bus wraps, online banners, and television commercials in the UK. The campaign will expand to Asia and North America later this week. If you don’t spend your day cooped up in a cave somewhere, chances are good you’ll soon run into one of HTC’s new ads. In fact, you may have already seen HTC’s “You” billboards – the prelude to HTC’s “You don’t need to get a phone, you need a phone that gets you” campaign. That’s apparently just the beginning.

Who knows, the next time you mention “HTC” to your friends, they won’t shame you with looks of confusion.

[Update]
Here are some of  the commercials:

HTC brings some Sense to HTC Magic, but limited to Taiwan for now

If you're thinking your HTC Magic could use a bit of the HTC Hero's Sense UI, you're not alone -...