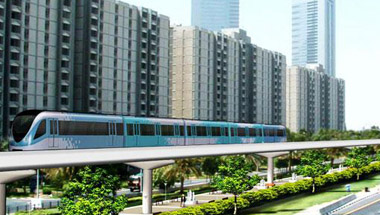 Don’t know about you, but I was amazed to learn that Dubai got a metro. And now I’ve learned one more thing – it’s fitted out with WiFi coverage both on trains and stations!

Mobile operator Du and UK-based Nomad Digital are two companies behind the WiFi coverage. The trick is in the following: trains run along a corridor of wireless coverage linked to trackside wireless base stations, with WiMAX radios located at frequent intervals along the route. Neat don’t you think?

For the record, Nomad installed the first-ever rail broadband system on the UK’s Brighton Express in 2005, and is currently working on the world’s longest broadband corridor from London to Glasgow.

Zain Kenyan has applied for a 3G license in the country. The company is expected to pay $25 million for...