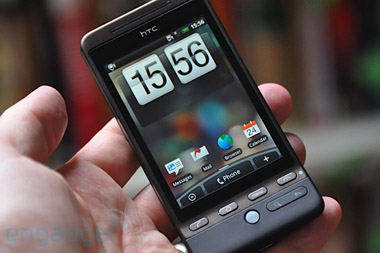 HTC is working to bring the Eclair to its Hero smartphone. However, it won’t happen overnight, as they need to make significant modifications on the Sense UI. Here’s what they said:

“Yes, we are working on an Eclair update for the HTC Hero. Because Eclair is a significantly enhanced release, it will require some time to update Sense for this new version of the Android OS. Please be patient while we work to provide you with a tightly integrated experience like the one you are already enjoying on your Hero.”

As far as other HTC Android handsets are concerned, such information (that they’ll get Android 2.0) was not confirmed. However, considering that all HTC Android smartphones rely on the same CPU, I wouldn’t be surprised to see the Taiwanese company updating its older devices, as well. In any case, I’ve no doubts we’ll see some third-party hack ROMs that will make sure your Dream or Magic runs the latest version of Google’s mobile OS.

Apple is one lucky company to have such a dedicated community of users. On that note, we spotted a fan-made...