Bell busted out their fresh HSPA devices yesterday, and today we  have a similar official announcement from telus. Earlier this week, we had a chance to sit down and take a look at the new toys; most of the players you’ll already be familiar with, but here’s a rundown of telus‘ take on each one. 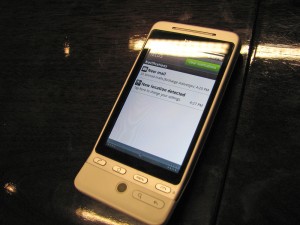 First up we have the Hero, HTC’s Android avenger, jam-packed with their custom Sense user interface. I was a little disappointed that it wasn’t packaged in Sprint’s slick, smooth, curve casing, but telus apparently wanted to capture the European flavour by offering something unique to North America, although it’s arguably reminiscent of Rogers’ HTC Dream in terms of aesthetic. Prodding a little bit about other Android hardware in the future, telussaid that they’re really not interested in vanilla builds – they really want to see some unique experiences with each manufacturer, and I couldn’t agree more. If you’re hoping to see the Hero on another carrier up north, good luck; telus said they’ve nabbed the Canadian exclusive on the Hero, and it sounded indefinite. The price point is also killer: $99.99 on contract, $499.99 off contract. 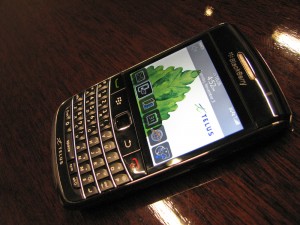 Next is the BlackBerry Bold 9700. You’ve seen our first impressions, and they’re mostly good, though it’s still a pretty predictable iteration on a proven formula. RIM has been making a point to say that their Wi-Fi is UMA capable, allowing for calls over your local wireless internet connection, assuming your cellular service provider has a supporting plan. I took the opportunity to prod telus about supporting UMA, and they said they’re continually evaluating options, but don’t expect UMA before the holidays. Things sounded doubtful in general though, so don’t hold your breath. The BlackBerry Bold 9700 is available on telus for $249.99 on contract, or $649.99 with no strings attached. 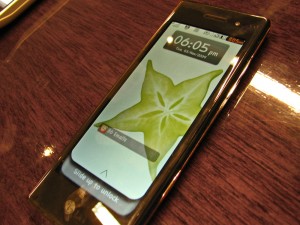 Then there was the LG BL40, a ridonkulously widescreen device. I hadn’t spent much time with with LG’s S-Class 3D user interface, but the cube-spinning was kind of cool. The real wow factor was that telus was claiming a North American exclusive on the device. The original Chocolate did pretty well for itself, and I trust that the new one on telus will be equally successful. You’ll be able to pick up the New Chocolate for $79.99 on a three-year contract, or $249.99 without. 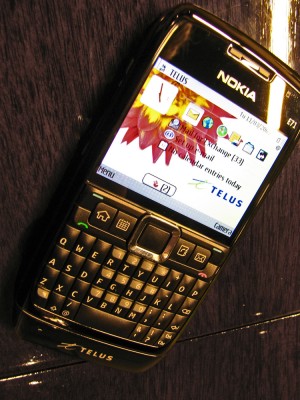 Finally, there’s the Nokia E71. There wasn’t much to ask about it, since it’s made the rounds by this point, but considering Rogers recently announced the N86 with 8 megapixel camera, I think telus is going to have some catching up to do when it comes to their high-end Nokia handsets. Still, the E71 is a great handset, and it’s available for $29.99 on contract, or $329.99 without.  Red/white version is also available, apparently.

Oh, then there’s the iPhone, but they didn’t have one there for some reason. Maybe they think everyone already has heard enough about the damn thing. I’m tempted to agree. The telus 32 GB iPhone 3GS will run you $299 on contract, $799 otherwise.

We also got some numbers on the new Clear and Simple pricing, which cuts the system access fee and 911. Here’s a quick rundown of the smartphone plans, which all includes voicemail, call waiting, and conference calling:

Devices and plans aside, we talked about the HSPA rollout itself. Everything was built right on top of their existing EVDO network, so everything completely overlaps. The situation in the prairies still sounds somewhat sketchy, however – a roaming agreement with Sasktel is getting finalized, but the Manitoba network is still under construction. In terms of future hardware selection, telus will be pushing HSPA for the first little while, but they won’t be abandoning their EVDO network; it’s inaccurate to think that Bell and telus are swapping out CDMA for GSM, since they’re really just piling one on top of the other. It’s also kind of interesting that the HSPA handsets will have no 2G connectivity, which makes me a little scared – it’s always been somewhat reassuring that on Rogers I could fall back on an EDGE connection if 3G coverage was hurting. HSPA does have its benefits, though, like simultaneous data and voice transmission; missing calls while tethering shouldn’t be a problem.

I also asked about the telus Black’s Photography acquisition, which is seeing a proper retail presence today. I was a little worried that employees in a camera store would know jack-all about selling phones, but telus was likening the situation to Best Buy in that they’re as trained as they need to be to sell phones. It will be interesting to see what kind of perspective those salespeople offer on phones with higher-end cameras, though.

The whole lot of handsets are available today, but if you’re excited for these phones, telus showed us a few others that will be worth sticking around to hear about. One in particular we’ll probably be seeing Monday…  For more information, check out telus‘ HSPA landing page.