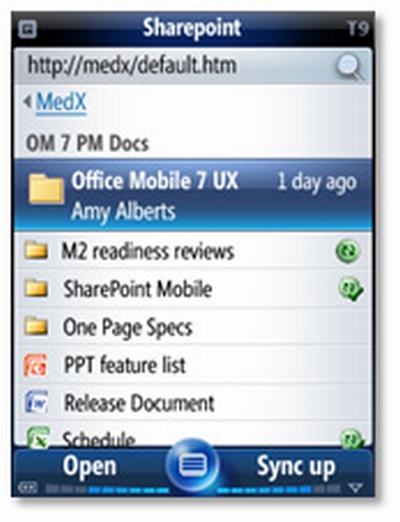 Microsoft announced Office Mobile 2010 Beta today, which we’ll cover in a later post, and on their very own “Top Ten Benefits of Office Mobile 2010” page they’ve accidently included the screenshot you see above. The design language matches the leaks we saw last month. Apologies for enlarging the image, but the original was only 174 x 227 pixels.

Konami is on board to sell its games in Windows Marketplace for Mobile. In that sense, just in time for...