The most visited technology blog, Engadget, recently changed their design. People appear to have mixed feelings about the new look, and I could personally care less since I read Engadget via RSS. That being said, I think I speak for everyone at IntoMobile when I say that Engadget was what inspired us to start blogging in the first place, and eventually, one by one, come together to form IntoMobile. Engadget has done, and continues to do, a fantastic job at throwing fuel on to the fire known as techno-lust that is deep inside our cores. That being said, their RSS feed has changed, subtly, for the worse.

When Engadget, and many other technology blogs, cover a story, there is almost always a source that is attributed. At IntoMobile we usually have a link at the bottom of our stories with pointing people to where we got our information. The text reads: [Via: NAME_OF_SOURCE]. Engadget does the same thing, and with the redesign they’ve made that source link stand out. Look at the bottom left: 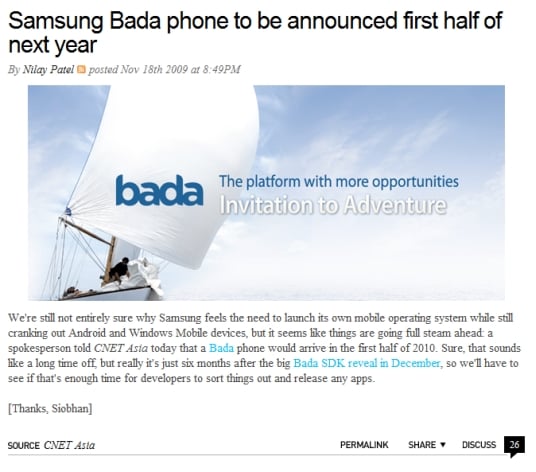 This information is no longer present in the RSS feed however. As a reader I have to go to the page that has the article I’m interested in to locate the source of information. Here is a screenshot of the item above as it appears in my RSS reader, Google Reader: 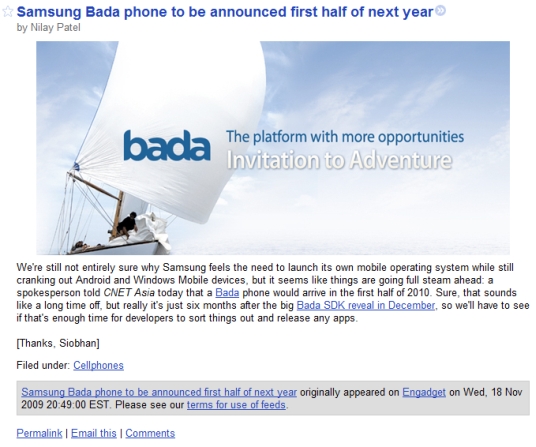 Why did you do this? You’re better than this and you know it.

Please consider fixing the “issue” or at least walk us through the decision to make your RSS feed the way it is now.

Update: And before anyone asks, there is another site that does this: Slashdot. Their RSS feed removes links that point to the sources of information used to write their articles. They’ve been doing it for a while now. I hate it, but they have not changed their ways.

Update: Looks like someone at Engadget has read this post (or at least my ego would like to think that) since I just saw this in my RSS reader. Notice the scrunch up text that says SOURCE? I’m assuming they’re working on fixing that bug, but at least they’ve started listing sources now! 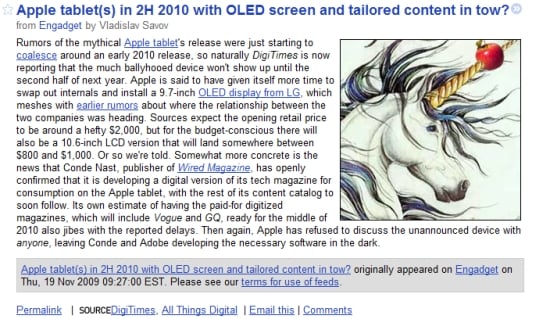 Time for a little off-beat fun. Ever want to throw down your mobile device, take a break, sip some whiskey...