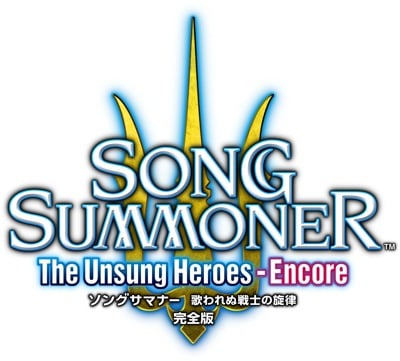 Square-Enix recently announced the release of Song Summoner: The Unsung Heroes – Encore for the iPhone.  SS:TUH-E might look terrible as an acronym, but it’s concept is one that might intrigue Tactical RPG fans.

The original Song Summoner: The Unsung Heroes was released for the iPod in July 2008.  Players transformed music from their iPod into units that can be used to battle enemies.  The title also used an interesting leveling system called the ‘Listening Point System’ where you could power up your units just by listening to the song they were transformed from.  When you go back into the game, your play counts would be analyzed and used to power up your troops.

The iPhone version of the title is an updated version of SS:TUH, but promises to utilize the iPhone’s touch screen and offers new characters and scenarios to play.  If you’re a fan of games like Final Fantasy Tactics or any of the Disgaea games, then you’ll feel right at home with this unique Tactical RPG game.  Song Summoner: The Unsung Heroes – Encore is available now on the App Store for $9.99.  A Lite version is also available.

AT&T has pulled out the discount pricing gun, and they've gone mad. Earlier today they started to offer 50% off...