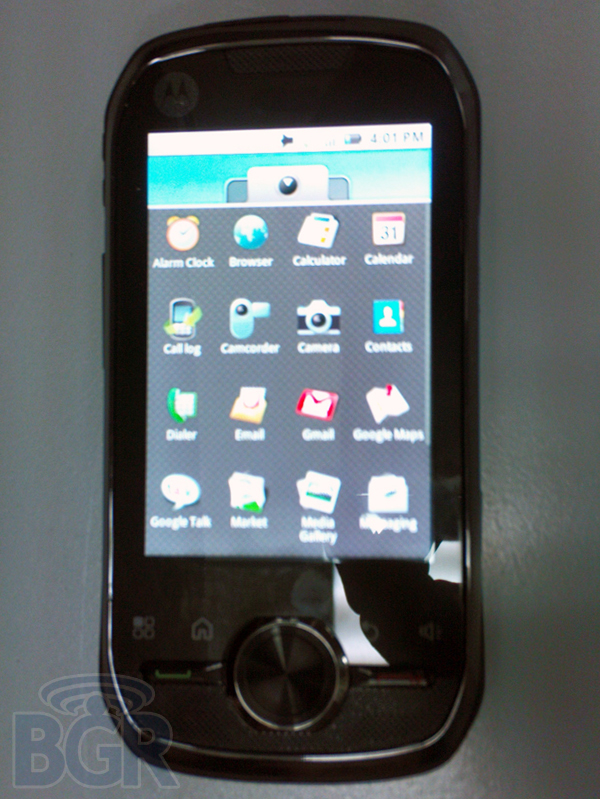 The Android revolution has begun, and we couldn’t be more excited to see Android phones hitting carriers around the world. But, if you’re getting your wireless service from an iDEN-based carrier, Android isn’t an option. Yet. The good news is that Motorola may be working on an Android phone for the push-to-talk set. A fresh new leak shows an image of what is allegedly the first iDEN phone to rock Google’s mobile operating system, and it’s looking darn impressive, especially compared to the kind of phones we’re used to seeing from Nextel or Boost Mobile.

Motorola’s iDEN Android phone is apparently codenamed the “Opus One” and most likely sports a dedicated PTT key. It runs Android, so the display should be of the touchscreen variety. It’s not clear if the Opus One will make use of Motorola’s MotoBLUR UI or when it’ll be available on market, but we’ll probably have more information early next year.

The Opus One probably won’t be enough to bring more customers to iDEN carriers, but it’ll definitely help keep iDEN customers from defecting to other carriers with Android hardware on tap. What say you, iDEN users? Is the Opus One something you’d pick up next year?

Apple has been raking in cash with its iTunes music store over the past several years, in the process forcing...