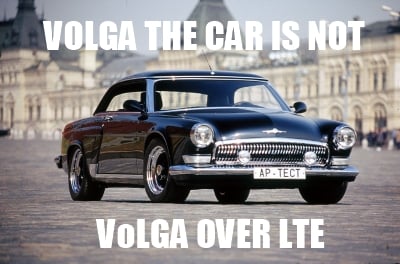 German operator Deutsche Telekom, more affectionately known around the world as T-Mobile, has announced that they’ve successfully completed the world’s first voice call over LTE using the VoLGA standard. What does this mean for you? LTE, known as Long Term Evolution, will be the next step after the 3.5G networks of today. We’re talking about speeds faster than the broadband you have at home, and with the same low latency too. The problem with LTE is that it was developed to be completely IP based and ditch all legacy CS (circuit switched) infrastructure. Operators make most of their money today with two services: voice and SMS, and LTE supports neither natively. Several solutions have been proposed, and Nokia, along with AT&T, Orange, Telefonica, TeliaSonera, Verizon, Vodafone, Alcatel-Lucent, Ericsson, Nokia Siemens Networks, Samsung and Sony Ericsson have all agreed to use an IMS based system and are dubbing it the “One Voice initiative“.

T-Mobile on the other hand snapped their fingers and said hell no girlfriend, we’re rolling with VoLGA (Voice over LTE via Generic Access). It’s cheaper, works today, and requires very little in terms of additional hardware. “The VoLGA test shows how operators could quickly and easily provide next generation voice services, re-using their existing core networks. At the same time this serves as a first step to prepare networks for the industry-agreed mid and long term solution for voice over LTE that will be based on IMS.” — Uwe Janssen, Senior Vice President of Core Networks. T-Mobile is not dismissing One Voice, they’re just saying that operators should use VoLGA while they’re in the process of rebuilding their network to fully support IMS.

Enough of this industry jargon Stefan, what does this REALLY mean for me? Operators will start deploying LTE towards the end of 2010 and in 2011. They want to do it to offer you new high speed services and because it is more efficient at handling higher network loads. You could care less about what’s going to give you voice and SMS over LTE since the first way you’ll probably experience LTE will be via a USB stick you shove into the side of your laptop. Don’t even think that mobile handsets with LTE will exist in 2010, or during the first half of 2011. LTE is real, and there are already 100 operators are testing it out, but it will be at least another 12 to 18 months before you even hear your local operator mention the three letter acronym.

Ericsson, the number one manufacturer of mobile infrastructure equipment, has announced that they're planning to cut 946 people in their...