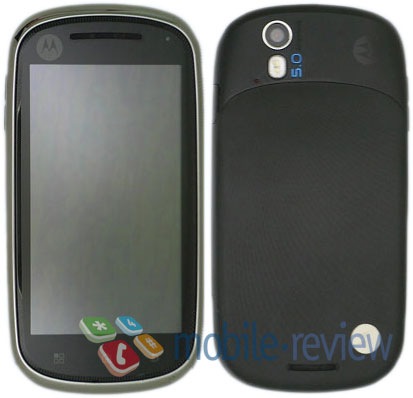 Recently we had seen the Android-powered Motorola Zeppelin (XT800) circling China in a low, cumbersome orbit, but in light of some new pictures and an FCC filing, it may be arriving on American shores as the Titanium. The XT800 is listed as supporting EV-DO Rev. A and 800/1900 Mhz bands, so it’s anybody’s guess if Verizon or Sprint picks it up. As far as specs go, the XT800 is pretty impressive – 5 megapixel camera with flash, 3.1” HVGA touchscreen, dual-mode GSM/CDMA, Wi-Fi, GPS, FM radio, 3.5mm headphone jack, Android, and the star of the show is an HDMI output. Neat-o. The Chinese release is slated for Q1 2010, but who knows when (or if) it will find its way to to the U.S..

Toshiba makes a lot of things, but they're best known in the mobile industry for their memory chips. They've just...