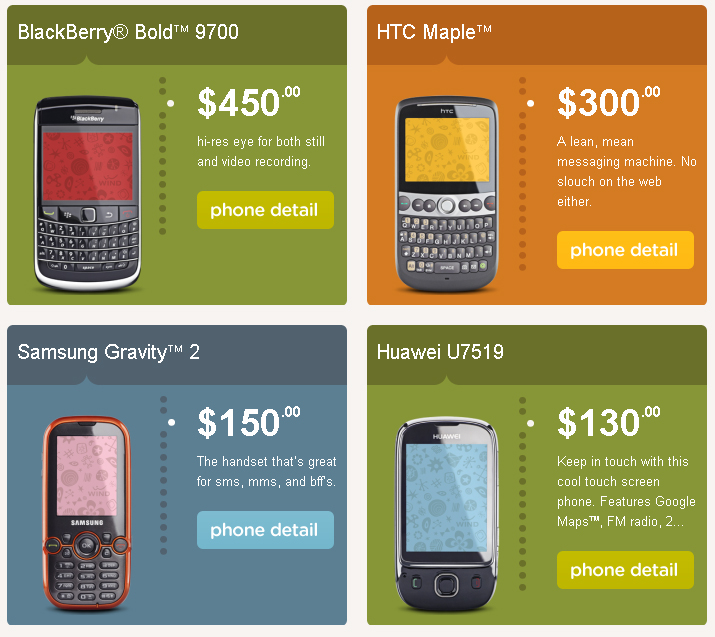 Alright, Canada, here are your new options from wind Mobile: $15, $35 and $45 a month, with add-ons available for international calling and voicemail. The catch? Many of the features depend on you being in a wind home zone, the details of which are still hazy right here. wind’s coverage isn’t going to be crazy great at the beginning, so presumably the majority of their service will depend on using your phone in a metropolitain area, currently Calgary and Toronto, and at a later date, Vancouver, Ottawa, and Edmonton.

As far as devices go, we’ve got four listed here at launch – the 9700, which was announced earlier this morning, the HTC Maple running Windows Mobile, the Samsung Gravity 2, and the Huawei U7519. Not a bad start, and before you get uppitty about those device costs, keep in mind you’re not signing any contracts, or have the potential for being burned by any ETFs – that same Bold on Rogers costs $600 off-contract. 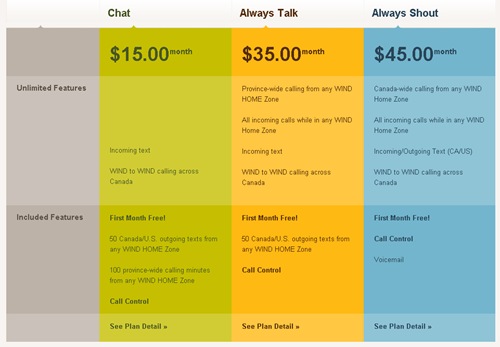 My first impressions of wind’s official offers are that their device lineup and coverage might hurt for a little while, but the terms of service and plans are hard to beat. Check out the wind store for yourself to see if you’ll be switching.

WIND Getting Real: Pre- And Post-Paid BlackBerry Bold 9700, No Contract

Yep, new Canadian service provider wind Mobile was not joking around when they said they wanted to launch this week....