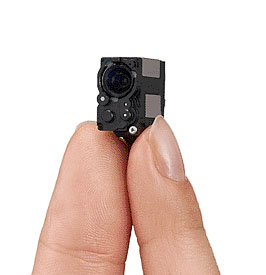 Taiwanese site Digitimes, whose track record regarding rumours is actually quite good, is reporting that OmniVision, the company who makes the CMOS image sensors that go inside the iPhone 3G and 3GS, is expecting to supply with 40 to 45 million cameras for iPhones during 2010. An unknown percentage of those will be 5 megapixel sensors, expected to go in the new iPhone that we’re all expecting to be announced on June 28th. Combine this with the rumour that the next iPhone will have NFC and we’re looking at one serious upgrade. Is it too much to ask for an OLED screen as well?