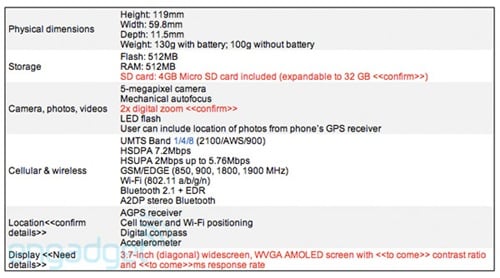 We had heard that the upcoming HTC Android phone, the Nexus One (A.K.A. Passion), would be available January 5, but apparently that won’t be a full-blown retail presence. In fact, only those specifically invited will be able to pick one up. We’re not sure how these invites will be doled out, but developer partners have a good chance at getting first dibs. Rumoured specs like 5 megapixel camera, 3.7” 800 x 480 display, 1 Ghz processor, AGPS and T-Mobile’s involvement are all confirmed, with a few new specifics thrown in: Wi-Fi n, 512 MB of memory, and 7.2 Mbps downlink. No update on the rumoured $199 price point, but we can expect to hear more in the new year.

NPR News is live on the Android Market

Just as expected, NPR has taken their NPR News app from the iPhone AppStore to the Android Market today. Like...