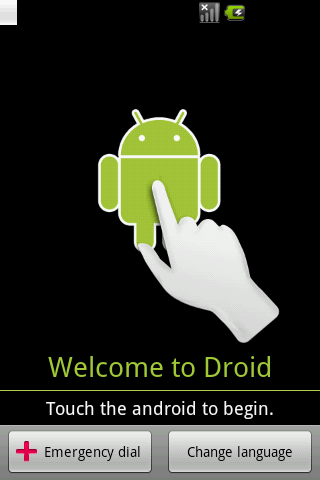 If you’ve got an HTC Dream or T-Mobile G1 in your pocket, you’re probably green with enough envy for late model Android phones to give the Android robot some self-confidence issues. The Motorola Droid and its Android 2.1 OS, for example, are good enough to leave early Android adopters with a bitter taste in their mouths. But, worry not, G1/Dream owners, Android developer Drizzy is using that bitterness to bring the Droid’s Android 2.1 ROM to your homely smartphone.

Drizzy has posted screenshots proving that he’s gotten the Droid 2.1 ROM fully up and running on a T-Mobile G1. There’s still work that needs to be done before he will release his custom ROM to the public, but they’re mostly just niggling details. At this point, the ROM is considered “fully functional,” so it’s probably safe to assume that we will see the G1 playing with a stable Android 2.1 OS in the very near future.

Keep an eye on Drizzy’s AndroidSPIN forum thread for updates.

The iPhone's AppStore and the Android Market have been growing fast in the past several months. The two mobile application...