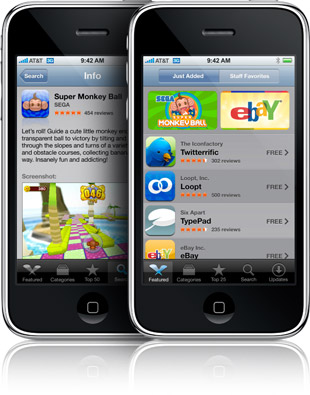 I still don’t believe these numbers really mean anything. Most applications are just prettier versions of websites that already exist. Anyway, expect Apple’s stock to jump, fanbois to foam from the mouth, and Android lovers to say that at least their devices can multitask. Nokia users will recieve a prompt sometime tomorrow asking them if they want some Hannah Montana wallpapers.