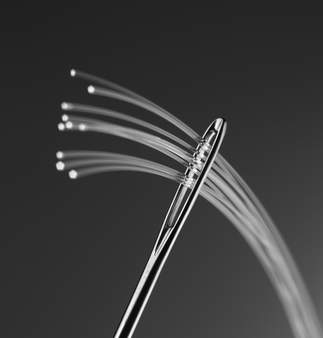 As a response to T-Mobile’s decision to turn on 7.2 Mbps today it appears that AT&T has done the same thing. Realistically speaking these two events were probably scheduled months in advance and press releases were written several weeks prior, but I’ll ignore the logic and just say it’s AT&T responding to T-Mobile and then going one step further and calling them a nasty poo poo head. AT&T is also saying that they’re going to “dramatically increase the number of high-speed backhaul connections to cell sites, primarily with fiber-optic connections, adding capacity from cell sites to the AT&T backbone network”. Now that’s what I’m fucking talk about!

Saying you have a 3.6 Mbps, 7.2 Mbps, or 21 Mbps network is totally useless if you don’t have the backhaul. It’s like connecting an 802.11g wireless router to your 1 Mbps cable connection and wondering why your internet isn’t taking advantage of the full theoretical 54 Mbps that 802.11g provides. “We anticipate that the majority of our mobile data traffic will be carried over the expanded fiber-based, HSPA 7.2-capable backhaul by the end of this year, with deployment continuing to expand in 2011.” Doh! Looks like you’re going to have to get faster download speeds.

But why now? Why didn’t AT&T do this before when the iPhone first started showing the network’s inability to handle the increased traffic? The answer has to do with the bottom line. Deploying fiber backhaul 3 years ago, across the entire United States of America, would have cost the company a fortune. Now everyone is doing it, on the cheap too thanks to the terrible state of the mobile infrastructure industry, and let’s not forget about AT&T’s promise to deploy LTE in 2011. This upgrade is just one of the many necessary steps required before fully turning on the real next generation networks.

Knowing AT&T’s engineers, expect to hear about several outages taking place over the next 12 months.

Remember pre-paid calling cards? We do, but just barely. In a world where a "phone call" is automatically assumed to...