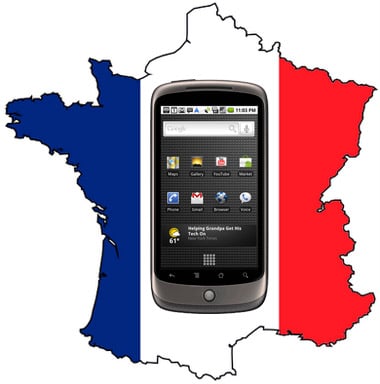 We’ve no doubts a number of carriers will jump on board to offer the Nexus One. For a start we have the information confirmed by Le Point for the launch in France, where SFR will start selling the device for 200 EUR on a contract later in the quarter. Alternatively, interested users will be able to grab the Nexus One for 450 EUR unlocked and pick the carrier they like.

Those unfamiliar with the French mobile market should know that SFR is the country’s second largest operator, and it’s owned by Vivendi and Vodafone.

Another French carrier that might jump on board is Bouygues Telecom, which is listed on Open Handset Alliance’s members page.

We keep following so stay tuned…

This is not confirmed at the moment, but when asked whether Motorola Droid will get the Android 2.1 update, Motorola...