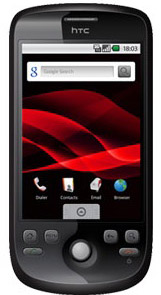 Good news for the HTC Magic owners on Canada’s Rogers Wireless. The carrier along with HTC is working to deploy the Android 2.1 update ala Nexus One to the first all-touchscreen Android smartphone. Of course, the Magic’s specs are far from the Google phone, but I’m sure things (apps) will run more smoothly with the latest version of Android.

We picked this line from Rogers’ official statement:

By mid-year, HTC will issue an upgrade to Android 2.1, including the highly acclaimed HTC Sense experience for the HTC Magic.

On the downside, the Dream won’t get the same treatment. They say due to “certain limitations,” the Dream won’t go beyond the 1.5 update. Kinda sad, especially when we know it can handle Android 2.1… Unofficially that is. 😉

Anyway, if Rogers can do it, so can other carriers. On that note, I’m guessing carriers around the world will offer the 2.1 update for “their Magic” as well…

We've no doubts a number of carriers will jump on board to offer the Nexus One. For a start we...