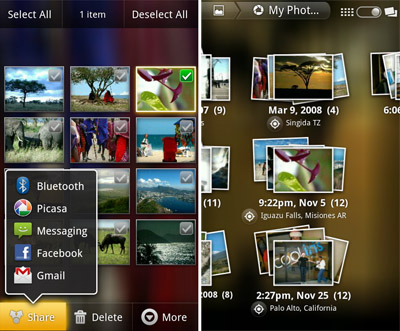 iPhone users may be familiar with Cooliris, an application that allows fancy view of photos, videos, news, search results and Twitter feeds. That same (actually customized version) application is now available for Android as Gallery in the Nexus One, hence the experience is way much better — when compared to Android’s original Gallery app.

Features of the new Gallery app include:

In the same press release, Cooliris announced its move to join the Open Handset Alliance and effectively make the new Gallery app available to the other member companies, as well. Cool!

More in Android, Applications, Nexus One

Video: Flash 10.1 beta running on the Google Nexus One

Full Flash support on the Android phone is here folks. Adobe has worked with few companies to optimize the experience...