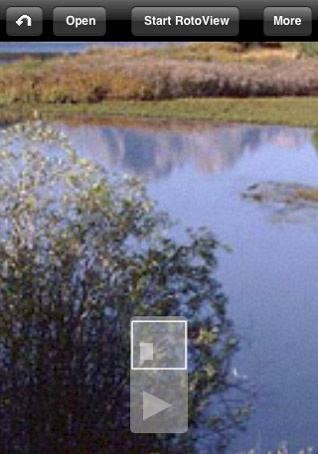 A company called INNOVENTIONS has released a free iPhone app that demonstrates its RotoView “tilt and scroll” display navigation system for smartphones. RotoView provides single-hand navigation, allowing the user to simply tilt the device left-right or up-down to see beyond the virtual boundaries of the display.

As said in the beginning of the post, the idea is to demonstrate technology and INNOVENTIONS seems ready to license it to a number of companies which could use it in a wide range of portable devices such as smartphones, media players, PNDs, e-book readers and so on.

Finally, INNOVENTIONS’ press release says all patents needed are secured from both the U.S. and EU, and the iPhone app is there only to showcase the technology and eventually find an interested party ready to pay a licensing premium. 😉

Aircel announced that it is joining the "app store craze" with its own service. Infosys is providing the technology needed...