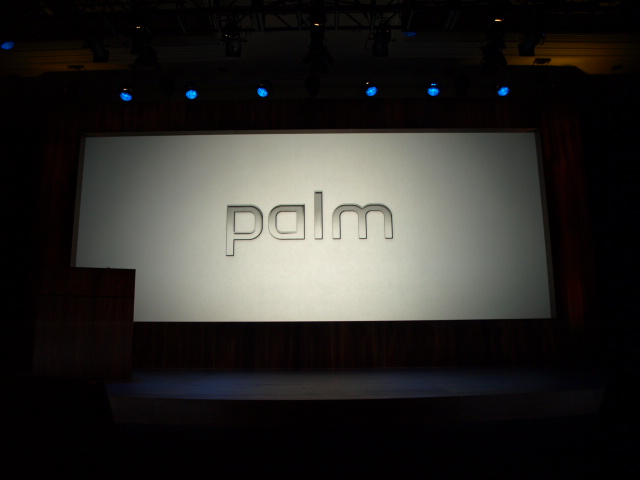 Palm came to CES 2010 Las Vegas to show off their latest and greatest achievements in the mobile space. Jon Rubinstein was on hand to let everyone know that Palm has seen 85,000 SDK downloads in 108 countries. He went on to say that connecting you to what’s most important on the web is the goal. The Palm Pre and Palm Pixi on Sprint have already done a lot to grab attention for Palm’s webOS, but there’s more. But, the real meat of today’s press conference was Palm’s announcement of the Palm Pre Plus, Palm Pixi Plus, Palm’s webOS developer program, a new webOS performance incentive program, a new SDK to allow developers to bring high-performance 3D games to the webOS, video recording, a new Mobile Hotspot app, and a handful of impressive EA Mobile games. Suffice it to say, Palm’s presser was chock full of interesting announcements!

Today Palm is officially launching their developer program. In the last three months, Palm has increased webOS applications over ten times to over 1,000 apps. That follows on the launch of Project Ares, which makes webOS development accessible through the web and browser. Palm is also taking a new approach to application distribution. Without an integrated distribution platform like the iPhone’s iTunes AppStore, Palm is embracing the developer community to spread the webOS gospel. Developers will be able to create their own application stores, new app discovery engines and whatever else they can think of to help push webOS apps By giving the development community the tools to build their own app stores and distribute webOS apps, Palm hopes to gain more ground in the mobile app space.

To further boost awareness for webOS apps, Palm is also launching their Hot Apps bonus program. The most popular apps on the App Catalog get cash bonuses based on performance – more downloads means more cash incentive. The program is open to both free and paid apps. In addition to offering incentives for mobile app developers to promote their wares, Palm has announced their webOS Plug-in Development Kit (PDK) to allows developers to insert their own C/C++ code into apps. That will allow mobile game developers to bring high-performance 3D games to the webOS.

Speaking of gaming, EA Mobile is launching some cool games on the webOS. In partnership with Palm, EA Mobile collaborated on the PDK. That partnership has resulted in new gaming titles for the webOS – The Sims 3, and Need for Speed are both available on the App Catalog today.

To answer a common request from Palm Pre and Palm Pixi users, Palm is announcing a great new feature for the webOS. Video recording will soon be a reality on Palm smartphone platform! Videos record in decent quality, and the video recorder includes an in-app video editor that allows you to edit videos right on the phone. An over the air software update in February will enable video recording on all webOS phones. Also coming soon is an Adobe Flash 10.1 plug-in that allows any webOS phone to view streaming videos straight from the web. This isn’t Flash Lite, or any compromised Flash solution, folks. This is full Flash 10. Palm’s streaming video demo was a bit choppy, but we’re willing to look past that on grounds that Palm is actually supporting Flash. Flash will soon be available as a plug-in on the App Catalog. The last new feature for the webOS is a doozy. Palm will soon launch their Palm Mobile Hotspot app, which turns your Pre or Pixi into a portable 3G hotspot, allowing you to share your phone’s 3G data connection with WiFi-enabled devices like your laptop. Look for the OTA software update in February!

Lastly, and possibly most importantly, Palm has announced their Verizon-bound Palm Pre Plus and Palm Pixi Plus. As expected, the Palm Pre Plus comes with double the internal memory of the original Sprint Pre, a Touchstone-compatible back cover at no extra charge, and does away with the Pre’s single front button. The Palm Pixi Plus adds WiFi to Palm Pixi, which should be great news for anyone wanting a Palm Pixi for its slim form-factor, but unwilling to give up WiFi connectivity. Both the Pre Plus and Pixi Plus will be available exclusively on Verizon Wireless. When? January 25th. How much? Stay tuned…

Vuzix Corporation will debut the Wrap 920AR eyewear at CES 2010, complete with a stereo camera pair that “looks” into...