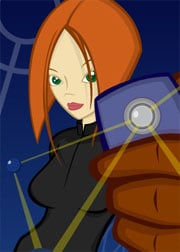 GestureTek announced that its patented software for gesture-based mobile device interaction now supports the Android platform. If you haven’t heard about GestureTek, you should know that they make software which effectively simulates an accelerometer by using the phone’s built-in camera to detect moves.

In addition to the Android launch, the company has also unveiled a brand new engine for Windows Mobile, which consists of two parts – one for tracking movement (Motion tracker) and the other one for tracking objects (Mosaic tracker).

The main reason why GestureTek’s technology is important is in the fact that it lowers down the cost of a handset by requiring a software (rather than hardware) component, which is cheaper at the moment. In other words, at some point we’ll have motion-aware entry-level handsets, which is cool. 😉

Dazzboard 2.0 lets Android users manage their apps and media files from the cloud

Although we haven't covered "social media webtop" Dazzboard when it was initially released, it's time to give some space to...