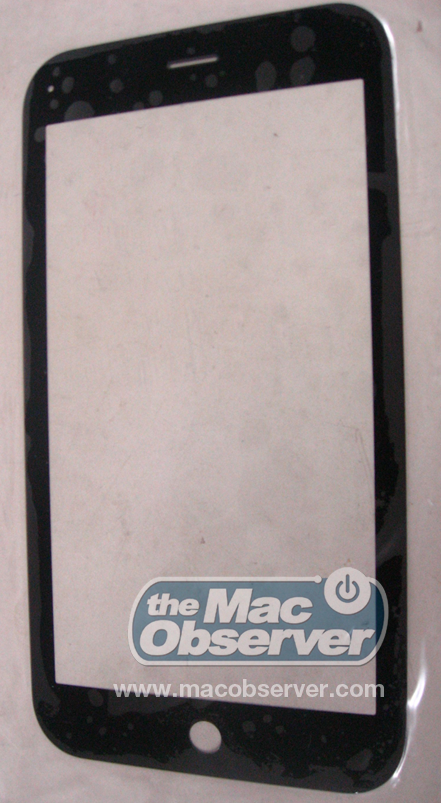 In the rundown after CES, we’re seeing a good bit of Apple-related hearsay crossing the wires. If it’s not some next-generation iPhone rumor, it’s some speculation about the rumored Apple Tablet – some are calling it the iSlate. The latest whispers from unconfirmed sources have the Apple tablet running the iPhone OS on a powerful ARM-based processor that’s capable of supporting all sorts of incredible multi-touch gestures. The rumors come hot on the heels of rumors that have Apple’s next iPhone running a dual-core processor.

The web has also revealed an allegedly leaked image of the Apple Tablet’s 10.1-inch glass face-plate that looks like it came from a giant iPhone. Combined with reports that Apple has snatched up all of the world’s supply of 10.1-inch LCD and OLED displays, all signs are pointing to Apple releasing an Apple Tablet that resembles an oversized iPhone. If it does indeed run the iPhone OS, there’s the possibility that we’ll see the tablet putting a new ARM Cortex A9 processor to good use.

Above all, though, this is all strictly hearsay at this point – no matter how “reliable” any blog’s “sources” actually are. We’ll hopefully have more info for you in the coming weeks.

[Via: BGR and MacObserver]