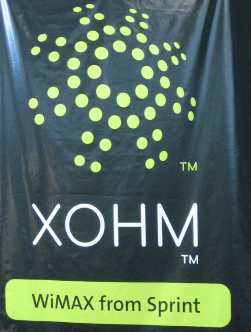 Engadget has a trusted source that’s telling them HTC is going to be releasing a new phone this year that runs on Sprint’s WiMAX network. It’s supposed to have a 4.3 inch screen, be powered by Qualcomm’s Snapdragon processor, run Android 2.1 with HTC’s Sense UI enhancements, and for some strange reason it has a kickstand. Making a WiMAX phone will be tricky; it’s very, very, very new technology. GSM has 80% of mobile telecommunications market share, and CDMA has the rest, so why is Sprint barking up the “I have special needs” tree is beyond me.

With Verizon promising to launch LTE in 2010, and AT&T saying 2011, what’s the point of releasing a WiMAX smartphone just to have the title of “fastest mobile broadband in your pocket” for a handful of months? If I was a Sprint shareholder I’d be firebombing Dan Hesse’s house right now.