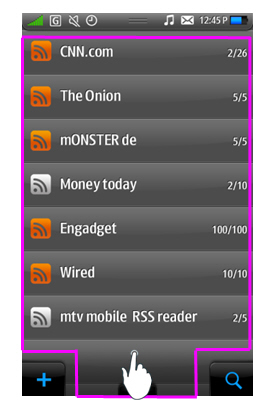 Samsung and their Bada operating system, from a marketing perspective, looks like a waste of time, but we’re still waiting on actual Bada devices before slapping on the fail stamp. Today some new information trickled out. Bada’s developer oriented site has gone live, developer.bada.com, and there are already some tips and tricks on there with code samples and everything, but the actual SDK isn’t available to the public yet. “Soon” is the best release date I can give you. Along with the developer site there is also a developer blog. One post is loaded with screenshots and the visual guidelines that Bada developers should follow in order to create a consistent experience. It looks like a mix of Symbian and Android, which at this points tells us nothing since you only really get to know a mobile phone operating system after using a device with said operating system for a week or so. Once the SDK goes live, developers are hopefully making applications, and device are out, we’ll find out if Bada is going to be known as Bada Boom or Bada Bust.

Those of you who follow tech news at large will have likely already heard about the aggressive cyberattack on Google originating...