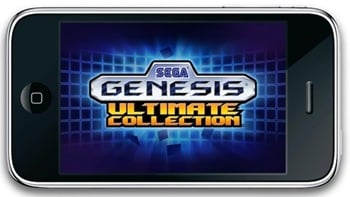 Retro gamers will be happy to hear that classics like Sonic the Hedgehog, Ecco the Dolphin, Shining Force, and yes, Golden Axe, will be available on the iPhone in February through an official Sega Genesis app. It’s been possible to get this kind of stuff through jailbreaking and loading illegal ROMs into an emulator, but something a bit less risky and complicated that comes right from the source will be preferable for most folks. Space Harrier II will be the only game that is included in the free app, but it will act as a storefront for the other games, and presumably many more in the future. If you’re in a hurry, some of these games have already been released individually in the iTunes App Store, but a unified Sega app will be a great way for folks to get all their game on in one place.

I’m actually rocking the Virtual Console Golden Axe title on the Wii right now, and though it doesn’t quite live up to my epic childhood memories, there’s a certain timeless joy in riding dinosaurs and beating the crap out of gnomes for potions. And hey, if you’re into old-school iPhone games, I hear Final Fantasy I and II are getting remade for iPhone.

The next Android device from Motorola has been seen live on more than one occasion, and is now popping up...