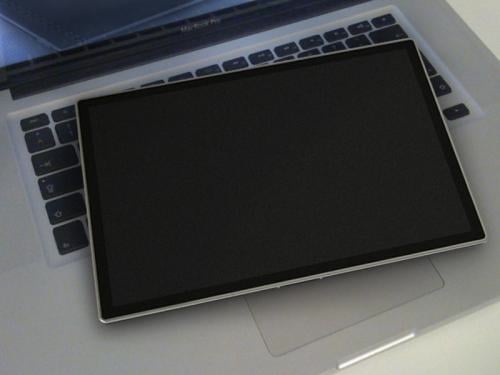 These are either the best ever mockup images of the one and only Apple Tablet, or they’re the real deal. Either way, we’ve just spied newly “leaked” images of what is supposed to be the widely rumored and highly anticipated tablet device from Cupertino. The photos depict a seriously slim slate showing off its svelte frame as it sits atop of a MacBook Pro – possibly too convenient a photo opp, if you ask us.

The photos come from user interface “maker” Dustin Curtis’s Posterous page. If the name rings a bell, that’s because you probably remember his redesign of American Airlines’ AA.com website, which eventually got an AA employee fired over their commentary on Dustin’s website remake. The photos look real enough, and they match up to what Apple’s tablet looks like in our collective minds. But, to us, Dustin seems an unlikely candidate to have pre-release access to the Apple Tablet.

Still, these purported tablet images are too good to dismiss off-hand. Like we said, they’re either damn good or legit. 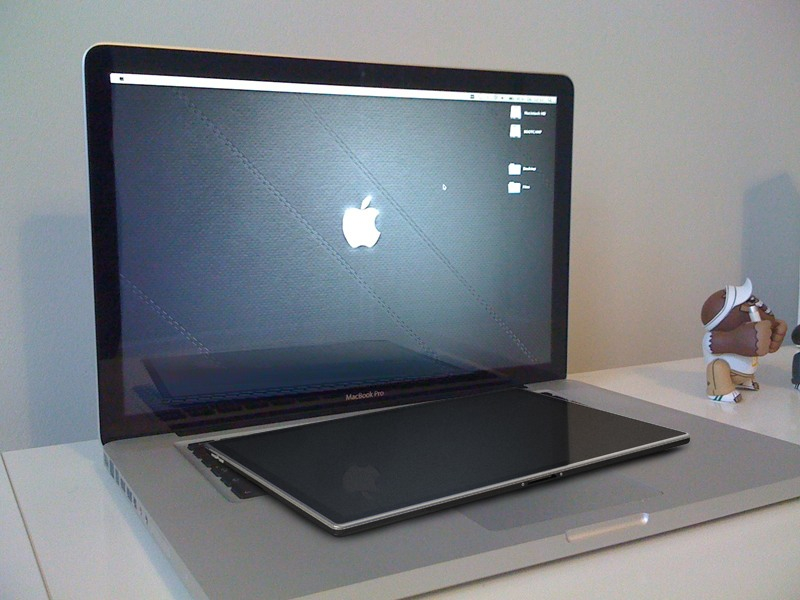 Apple is expected to unveil their tablet at the Jan. 27th launch event in San Francisco, so we’ll definitely know for sure how legit these pics actually are in a couple days.

What do you think? Real or just a really good fake?

It's been quite some time since we first heard about the Belkin TuneCast Auto Live FM transmitter for the iPhone,...