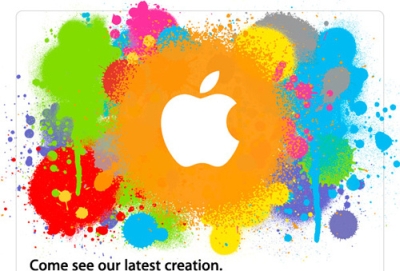 It’s officially 12:07 in Texas which means there are now less than 24 hours until the big day tomorrow, when Apple is supposedly going to reveal their iTablet/iSlate/iPad device. I’m still convinced that something with a 7 to 10 inch screen is absolutely retarded, but we’re not going to wait long to find out if I really need to attend a few special education courses during my free nights and weekends.

That being said, who do I trust with delivering the news? Who does the best live blog? The answer depends on what you want.

For speed, as in who updates the fastest, from the noises coming out of Steve Jobs’ mouth, to the ears of a writer, to his or her fingers typing away on the keyboard burning their lap, no one beats Ars.Technica. They use CoveritLive, a service built for live blogging, so they don’t have to worry about formating their text, and can even run polls and display user comments. I always keep them open in one tab.

The clearest pictures, uploaded the fastest, as if you were really at the event, come out of GDGT. They do a brilliant job at taking photos with high end gear, converting said images from RAW to JPG, cropping them, resizing them, and then uploading them in near real time. For those unfamiliar with GDGT, it’s a social networking site that one uses to share a list of all the technology that they own, plus a list of all the technology that they want, and find friends with similar taste. I’ll hold back my opinion on the usefulness of such a site, but note that it was started by Ryan Block and Peter Rojas, two rock stars from the older, some may say better, days of Engadget.

Speaking about Engadget, they’re alright with the photos, they update a little slow, but they do throw in real time commentary, which if you’re into that sort of thing, meaning you want opinion injected into reporting, then by all means check them out. When I live blog conference calls or events I always do it tongue in check style, because none of it really matters. I’m not bashing injecting opinion into reporting, it simply depends on who is doing the injecting. Engadget has a lot of writers; some I like, some I aspire to be like one day, some I could do without.

Last we have Gizmodo. I fucking love them, but their live blogging software/website/technique sucks, which is a shame, because they have some of the best jokes related to technology on the internet. Gizmodo is one of those websites that looks terribly busy in your browser, but the content is so good that you simply have to put it in your RSS reader. You’ve probably been noticing that a lot of technology blogs have been rolling out redesigns lately. We’re working on one, not going to drop any hints as to the launch date, but if any technology site needs a redesign it’s Giz.

MacRumors has something called a “spoiler free keynote“. It’s a simple form that you type your email address into and once Apple uploads the video of the presentation they just gave, you’ll be notified immediatley with a download link. I use this for each and every Apple event, they don’t spam your inbox. I promise you. Why do I bother watching Apple events if I don’t buy Apple products? You learn a lot about public speaking, persuasive speaking, and marketing by watching Jobs’ and his crew on stage. The talks are only “magic” if you watch it like you were watching a show, expecting to be entertained. It’s education if you watch it you watch it like a lecture.

As for who does the best analysis, that’s a totally different story.

From what we know (or don't), Apple will unveil the iTablet or iSlate tomorrow. To prepare the ground, we've dug...