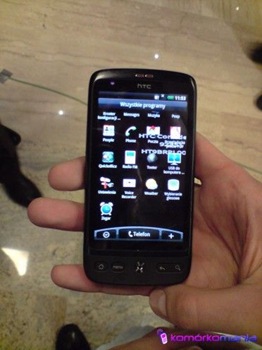 HTC’s follow-up to the HD2, the Bravo, has been pictured again, and many of the specs have been confirmed: 5 megapixel camera with 720p video recording, 1 GHz processor, 512 MB of RAM, HSDPA, Wi-Fi, GPS, and Android 2.1 with HTC’s custom Sense user interface on top. There was also some confirmation about the specs on another upcoming Android handset, the HTC Legend, whose aluminum body apparently “can not be broken” – by and large, it’s looking a lot like the Bravo. Retail price for such a real bulletproof Superphone will be 2100 Polish zloty ($USD 725), In terms of who’s getting what, the Bravo will find its way to Sweden, the UK, and the US around April, and the Legend should be coming in March

So, as we sit here, waiting for Apple to reveal their much ballyhooed tablet device to the world, we can't...