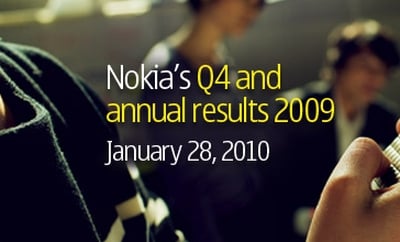 Overall a solid Q4. Nokia employees should pat themselves on the back for doing a great job! The stock is up almost 10% in early trading hours.

[Note: I totally didn’t wake up early enough to catch the earnings call, which is a shame since the tone of everyone’s voice, plus the analyst Q&A session, offer a second perspective that you can’t get from reading a press release.]