The iPad. The internet is still soaking it in, and I’ve already said what I have to say about it, along with my critical stance of this entire category of devices designed to fit “the gap” between laptops and smartphones and laptops. But say you would like such a device, that you need a 10 inch tablet, that you like the iPad, but don’t like the iPhone operating system and would rather have something more open.

MSI has something up their sleeve according to Sambora Chen, Sales Director, and they plan to bring it out to market during the second half of this year for around $500. It’s the iPad you know and hate, but instead of custom silicon by Apple, it has an NVIDIA Tegra 2 processor inside. Instead of the same old iPhone OS you’ve been using, and have been frustrated with, you’ll be able to pick up an what is essentially an enlarged Nexus One, running with twice the number of cores, that can also encode and decode 1080p video.

I wonder if they’ll call it the MSI Pad, and if Apple will sue them. People always spell out MSI, so when discussing their pad you’ll literally be said M-S-I-PAD. Get it? 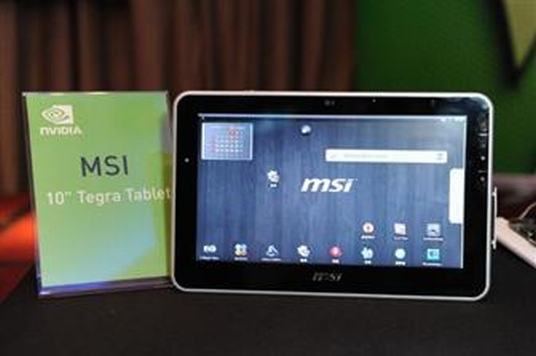 Sprint is the latest operator to offer Dell's netbook - Inspiron Mini 10. The carrier is asking $199.99 for the...