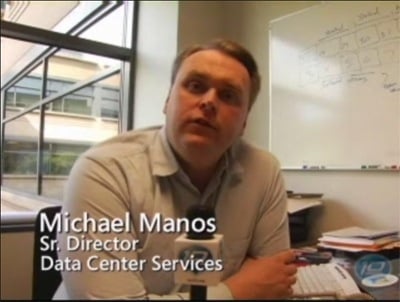 Mike Manos may not be a household name, but in the data center world this guy is Bono. He setup Microsoft’s XBOX Live servers, new Azure servers, Hotmail servers, Messenger Servers, basically everything except Bing. He left Microsoft 9 months ago to work for Digital Realty Trust, but in the end he got a job offer from Finland’s largest company, and the world’s largest mobile phone manufacturer, that he couldn’t refuse. Effective immediately Mike Manos is the Vice President of Service Operations at Nokia. That should give you an idea as to where the company plans to take Ovi, they’re hiring a guy who has built server farms powering some of the largest internet applications today.

The problem is that Ovi services are not competitive with what’s on the market today and the parts of the world where it is successful are due to the fact that the people living in those remote villages have never been on the web and Ovi is quite literally their first experience of the internet. Someone has to pay for that server farm, and it isn’t going to be that farmer in India who saved up 6 months of his salary to buy a $20 Nokia.

[Via: NY Times, Loose Bolts]
[Image Via: Geek in Disguise]

wind Mobile is obviously the most recent player to promise to bring competition to the Canadian wireless landscape, but dave...