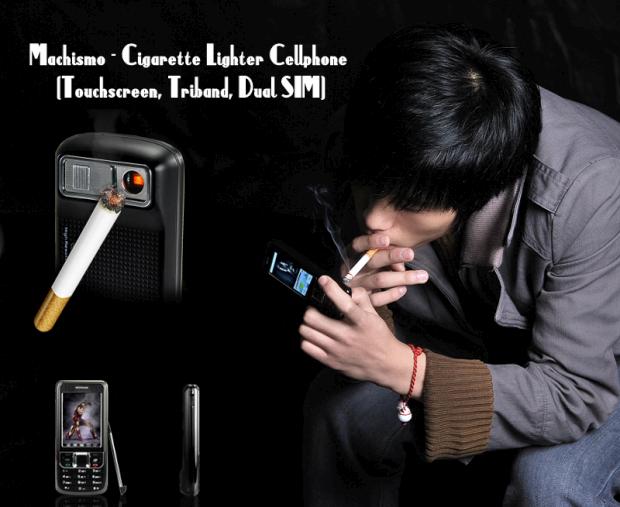 That continent to our far-east, or near-west, sure does a good job of creating novel gadgets that no one else in their right minds could possibly imagine. Take China’s latest creation, the cigarette lighter cellphone, for example. Someone may have come up with the idea of putting a cigarette lighter into a cellphone while smoking a fat dubie at some point, but that idea probably died in a room filled with sweet ganja smoke. Leave it to some random Chinese phone maker to key in on the obviously empty cellphone-as-lighter segment and create something we now know as “The Machismo!”

No joke, that’s the name of the phone. It’s a tri-band GSM phone with (gasp!) dual SIM support. It features a 2.5-inch touchscreen, a camera that tops out at 1.3-megapixels, and includes a built-in cigarette lighter. Best of all, the cellphone lighter will only set you back $68.51. We’d pick one up just for the novelty factor. That is, of course, if we could bear to stand the pointed fingers and shameful laughter this phone would draw.

Grab a The Machismo! here.

If you live in a not-quite-dead zone but suffer from weak enough cellular signals to justify the use of a...